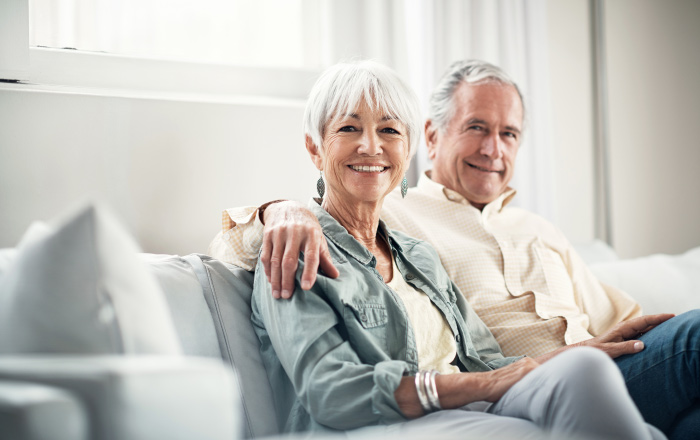 Recent studies suggest that gum disease could be a risk factor for Alzheimer’s disease. Before summarizing the scientific findings, let’s turn to a brief review of these diseases.

More than 75% of American adults over age 35 develop a form of gum disease, which typically results from poor oral hygiene. Although it’s normal for a sticky film of bacteria called “plaque” to form on teeth, this plaque must be removed every day through proper brushing and flossing. Otherwise, it will cause gums to become irritated and inflamed, and to pull away from the teeth. Deep pockets form as the gums loosen around the teeth, in which more bacteria can collect.

Red and swollen gums that bleed easily indicate the earliest stage of gum disease, called gingivitis. The advanced stage of gum disease is called periodontitis, which is characterized by infected oral tissue that can lead to tooth loss and the destruction of bone.

Alzheimer’s disease, a progressive disorder that causes brain cells to degenerate and die, is the most common cause of dementia. The symptoms include a gradual decline in cognitive capacity, as well as an increasing loss of memory, behavioral and social skills, and independent functioning. Advanced stages of the disease are typically accompanied by dehydration, malnutrition, and infection, eventually resulting in death.

Because bacteria can enter the bloodstream through everyday activities such as eating, chewing, and toothbrushing, the researchers hypothesize that when the bacteria reach the brain, an immune system response is triggered that leads to death of brain cells as happens with infections in the mouth.However, it’s still unclear whether the apparent link between gum disease and Alzheimer’s disease is due to cause or effect. For example, many patients with dementia have difficulty taking proper care of their oral health. Therefore, the presence of gum disease could be due to the loss of function from Alzheimer’s disease, as opposed to being the cause of their dementia.

Now that you have another possible reason to prevent gum disease, be sure to brush your teeth twice a day for two minutes each time, clean between your teeth with string floss or a water flosser at least once every day, drink plenty of water, eat a balanced diet, chew only sugar-free gum, avoid smoking and other tobacco products, and visit us here at Sullivan Family Dental for regular dental checkups and professional cleanings. Contact our team for more dental health tips, to ask any questions about gum disease, or to schedule your next appointment at our Westwood dental office.